Join one of New Zealand's favourite Duo's Cam and Sam as they perform the hits of Elton John and Billy Joel live for their award-winning ELTON JOHN vs BILLY JOEL *NZ Tribute Show*
Elton & Billy are in safe hands with Cam & Sam, these professional Wellington musicians have performed on Live television, and commercial radio & featured in the Official NZ Music, iTunes and IMNZ 'Indie Music NZ' Charts on a variety of projects, between them you're in for an amazing Elton vs Billy experience.

Let's face it, Elton John and Billy Joel require little introduction, their music has provided a soundtrack for generations of loving fans. Englishman Sir Elton John has sold over 300 million records, making him one of the best-selling music artists of all time. He has more than fifty Top 40 hits in the UK Singles Chart and US Billboard Hot 100, including seven number ones in the UK and nine in the US, as well as seven consecutive number-one albums in the US.

American Billy Joel has sold more than 150 million records and ranks as one of the most popular recording artists and respected entertainers in the world. Joel has had 33 Top 40 hits and 23 Grammy nominations. In 1999 he was inducted into the Rock & Roll Hall of Fame and has received the Recording Industry Association of America Diamond Award, presented for albums that have sold over 10 million copies.

If you love Elton John and Billy Joel,
'Elton John vs Billy Joel' is not to be missed, there are so many great songs

Daniel, Piano Man, Uptown Girl, Your Song, Goodbye Yellow Brick Road, Crocodile Rock, She's Got A Way, Nakita, Tiny Dancer, Rocketman, I Guess That's Why They Call it the Blues, Don't Let The Sun Go Down on Me, The Entertainer, I'm Still Standing, The Stranger, The Bitch is Back, Saturday Night Alright for Fighting, Just The Way You Are, She's Always a Woman to Me, River of Dreams, Tell Her About It, Allentown, We Didn't Start The Fire, Only the Good Die Young, You May be Right, It's Still Rock'n'Roll to Me, A Matter of Trust, My Life, Candle in the Wind, New York State of Mind 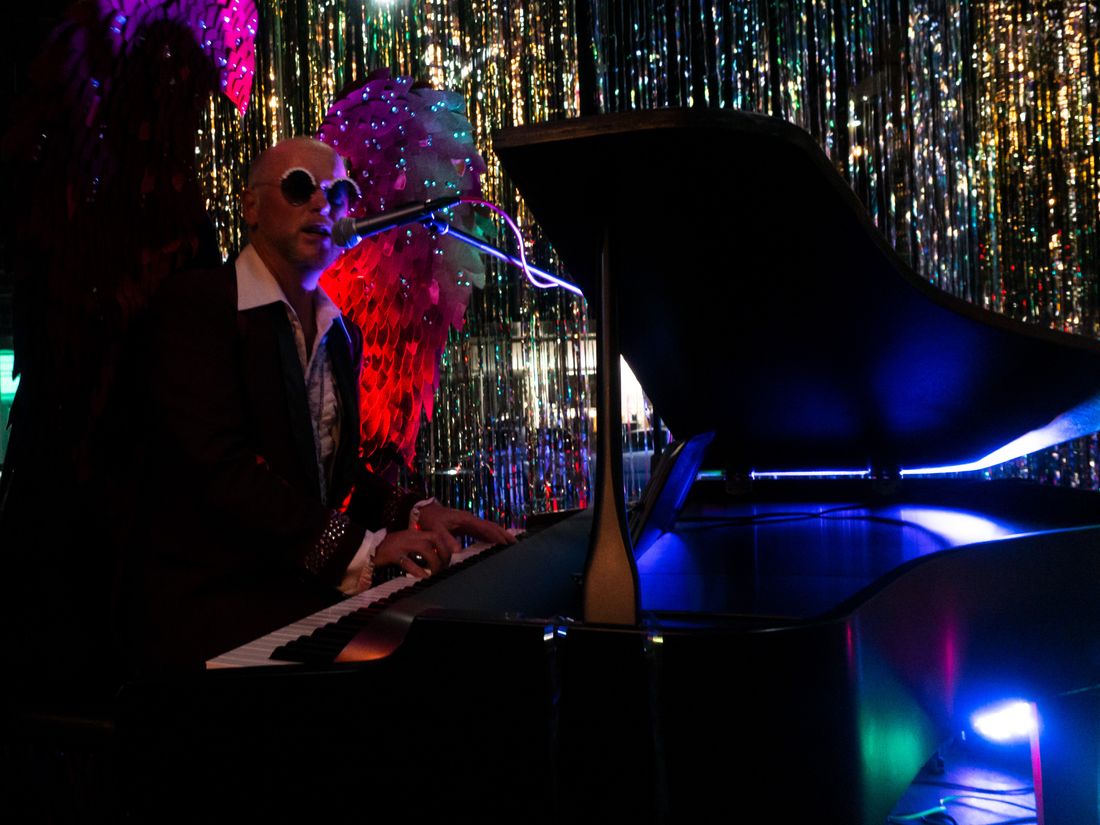